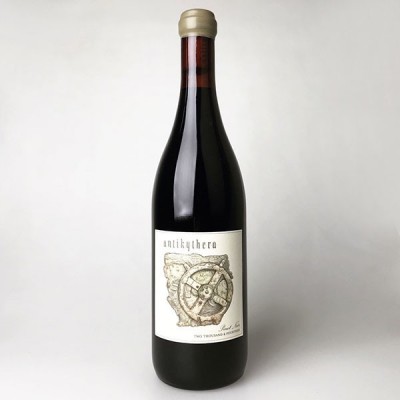 Antica Terra vineyard is a rugged forty-acre parcel in the northernmost Eola-Amity Hills of the Willamette Valley, Oregon, an area with a reputation for structured and deeply flavoured Pinot Noir with bright acidity. The first vines were planted here in 1989 on a rocky hillside in a geologically unique space surrounded by oaks and amid a rocky mixture of sandstone and alluvium sown with fossilised oyster shells.

Maggie Harrison is the winemaker at Antica Terra. Her career in the wine world began when she was offered the position of assistant winemaker at Sine Qua Non. After eight years there she created her own project, a Syrah called Lillian, while living in Santa Barbara. Oregon pulled her in when she was introduced to Antica Terra’s fossil-laden ground by three friends; Scott Adelson, John Mavredakis and Michael Kramer.

In 2005, Adelson, Mavredakis and Kramer visited Antica Terra and asked Maggie to become the winemaker there. Initially she emphatically refused. But after taking a look at the vineyard to ostensibly offer her opinions, she agreed to be a part of the exciting project. Twenty-six seconds after arriving she found herself explaining to her husband that they would be moving to Oregon.

The Antikythera Mechanism is a geared, bronze-age device that was used to calculate astronomical positions with incredible precision. Sponge divers recovered it from the Antikythera wreck, in 1900, off the coast of Point Glyphadia. Its significance began as wordplay. This similarity has become a way to understand the changing identity of the vineyard site: the Antica Terra Vineyard. The site itself and the character of the wine it produces has been dramatically transformed and there is an expression of place that it was never imagined was possible before.

Antikythera is made entirely from the unique Antica Terra vineyard. The wine, like the site, is a bit of an anomaly — it tends to defy characterisation. There is, in every vintage, an astonishingly extreme, high-pitched aroma of cinnamon-stick coupled with a non-fruit intensity and Barolo-like tannin that speak neither to the Willamette Valley nor in some ways, pinot noir. Intensely mineral, it bears, somehow, a seemingly synesthetic resemblance to the ground from which it was born.